Notice: Test mode is enabled. While in test mode no live donations are processed.

A pioneer of numerous dynamic organisations which encompass a fusion of professional, business, religious and student communities in the UK and throughout the world. Established one of the most effective global networks with a proven ability to unite and harness communities to effect positive societal transition and positive change on a local, national and international level. Shaykh Siddiqi is a multi-disciplined strategic thinker and ambassador for Global Civility. He is regarded as one of the most influential Muslim scholars worldwide. He is known to be conversant and proficient in dynamic thinking ‘outside of the box’ in the religious and modern sciences. He is the only Barrister in Europe who is also a fully qualified scholar of Islam. He is a true visionary with an established voice of authority with over 35 years of experience within the Muslim community and heralding the continuation of a 1400 year spiritual and blood lineage. 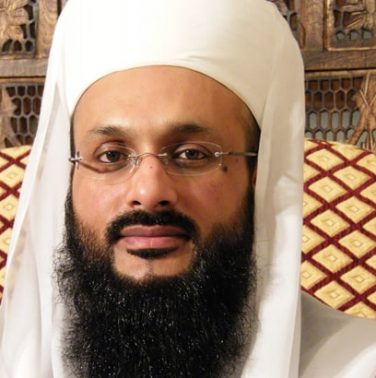 Founder, head and advisor of many leading Muslim organisations in the UK and world:

Head of The Blessed Seat

Shaykh Siddiqi has inherited this seat of spirituality and learning from a 1400 year lineage. He is the 40th known guide in this historical chain and is helping to pioneer the traits of spirituality into modern human characteristics that promote societal civility. The Blessed Seat is recognised as a seat of authority within the Sunni Muslim world, covering just under 1 billion Muslim people.

Shaykh Siddiqi is the Head of the Naqshbandi Hijazi Spiritual Sufi Order in which thousands of people in over 34 countries have pledged their spiritual allegiance to him. This means that they have taken the personal decision to follow his spiritual guidance which is sometimes given generically or specifically depending on circumstances. It is from this platform that the spiritual students from various parts of the world receive their guidance. This Sufi Order emanates directly from the first Caliph of Islam Hazrat Abu Bakr Siddiq r.a. the foremost companion of the Holy Prophet Muhammad ﷺ. Shaykh Siddiqi not only carries Hazrat Abu Bakr r.a. spiritual lineage but also his blood lineage.

Shaykh Faiz ul Aqtab Saheb is currently dedicating his efforts in designing a social regeneration model for the Muslim youth, known as Hijaz Community, to serve as a means to empower the Muslim identity of the individual and nurture their love and reverence for their Prophet ﷺ. Also as part of this societal rehabilitation programme is the development of a strategy of da’wah work to take the true meaning of Islam to the wider community.

HC is a network of over 10,000 professionals worldwide seeking to enrich the community around them with dynamic and robust projects. This community has pioneered a process of mentoring which inculcates the doctrine of realisation through a series of questions that an individual may raise in order to acquire a deeper meaning to their life. An example of this process for a Muslim would be, “Do you believe in God?” “Yes I do”, “Why do you believe in God”. Whilst such questions may be deemed to be inappropriate coming from spiritual authority, Shaykh Siddiqi believes that any action that is based on a process of default rather than a process of reasoning is bound to disengage the individual sometime in their life causing depression, anti-social behaviour and leaving the individual vulnerable to extremist ideology. The balanced point of view has to be presented in an attractive manner so that balance can return to the individual and society in which he lives.

Established in 1980 the International Muslim Organisation’s (IMO) headquarters are in Den Haag, Holland. This organisation was set up to monitor and support the religious, social and cultural needs of the Muslim community globally. Its main aim was to create Islamic Centres, Mosques, Schools, and Research Centres and organise conferences around the world on topical issues affecting the Muslim Ummah. The organisation had established itself in over 35 countries around the world. The work within this organisation is to restore creative and proactive strategies through which the Muslim community can benefit and live in peace with its surrounding environment. IMO has offices in 23 countries forming some of the largest Mosques and centres in Canada, Europe and Asia.

National Convenor for the Campaign for Global Civility

During the Danish cartoon controversy the Islamic Scholars of the UK convened a meeting in which Shaykh Siddiqi was elected to lead the views of UK Scholars and UK Muslims. The view presented by this initiative invited the world to a dialogue on freedom of speech and the pitfalls of unbridled freedom of speech. The organisation campaigned for global civility and proposes to establish a minimum benchmark of civility. Shaykh Siddiqi drafted a declaration of global civility in which he invited the leaders of the world to sign up to the idea that abuse and vilification of each other are not traits of a civilised society. The efforts of this initiative came together in the demonstration that was organised in which 50,000 Muslims gathered in London to support the initiative. This demonstration in April 2006 was the largest and most successful peaceful demonstration attended by Muslims in European history.

MAT was established in 2007 to provide a viable alternative for the Muslim community seeking to resolve disputes in accordance with Islamic Law and without having to resort to costly and time consuming litigation. The establishment of MAT is an important and significant step towards providing the Muslim community with a real opportunity to self-determine disputes in accordance with Islamic Sacred Law. MAT operates within the legal framework of England and Wales thereby ensuring that any determination reached by MAT can be enforced through existing means of enforcement open to normal litigants. Mat has initiated key campaigns to eradicate some of the social evils found in some communities, for example Forced Marriages, Domestic Violence, honour killings etc.

Shaykh Siddiqi has travelled across the globe delivering inspirational keynote speeches. He is a visiting lecturer of many renowned educational establishments throughout the world. Memorable speeches on an academic level include the Inner Temple speech delivered to 250 members of the top Judiciary in the UK and speeches in different universities throughout the world like Penn University – Pennsylvania – USA, University of Den Haag and Rotterdam – The Netherlands.

Shaykh Siddiqi qualified and practised as a Commercial Barrister at Lincoln’s Inn in 1991 and practised for over a decade. Shaykh Siddiqi has maintained his links with the legal profession, but spends the vast majority of his time helping the advancement of humanity globally. Shaykh Siddiqi is a specialist in the following areas of law: Commercial, Civil, Islamic, Professional Negligence, Charities and Insurance Law. He has also acted as an expert in International Comparative Law, Pakistani Law, and Middle Eastern Law.

A Muslim organisation dedicated to enriching the physical, mental and spiritual health of the British community, by initiatives that also support the NHS. MHS intends to bridge the investigation of modern and Islamic sciences. The organisation promotes the science of Islamic ethos that can direct better understanding of life. The MHS has developed programmes of personal development for professionals and students in the healthcare industry to place them in a better position to advise, guide and develop the wider society. Partnering with other healthcare organisations and professional bodies MHS provides a network opportunity for everyone in the healthcare sector.